The Beringer "Great Steak Challenge" in Washington, DC was a blast!  I was so happy to have been selected as a finalist and enjoyed every minute of it.  The event was totally different from the Pillsbury Bake-Off Contest in a lot of good ways. Since there were only 10 finalists, the event seemed more intimate.  We even had the opportunity to interact with the judges.

The event started with a reception on the evening before the Grill-Off so we could meet the Beringer staff and other contestants. 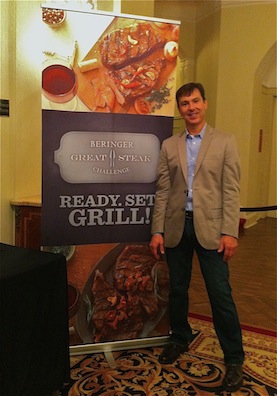 The next day when we arrived at the venue, the weather didn't look promising--there was a huge storm and we thought we have to grill in the rain! 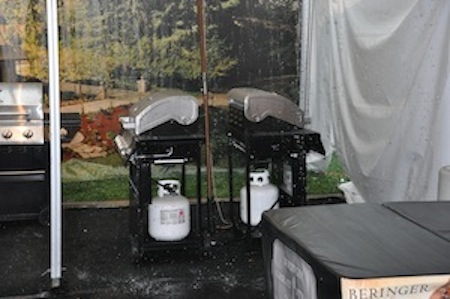 The event was in a huge air conditioned tent!  Key word is air conditioned--it was about 100 degrees outside and we were prepared to sweat a lot, so this came as a welcomed surprize!  The event was sold out--they were expecting 500 people to attend!  Here's a look before the crowd arrived... 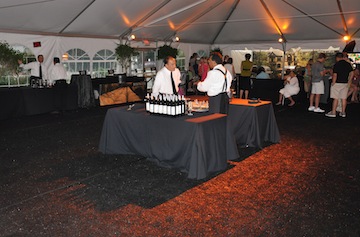 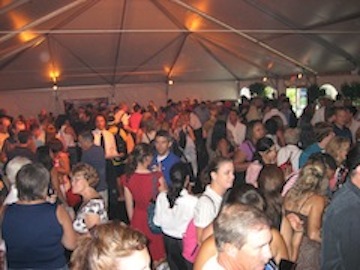 My cooking friends Christina Verrelli and Jasmin Baron made the event even more fun!  I was so happy that my buddy Christina was a finalist!  We met at the Pillsbury Bake-Off Contest and it was more fun to get to do this with friends!  It was a pleasure meeting Jasmin--I'm certain our paths will cross at other contests soon!  I had the honor of taking the "The Runaway Apron" with me to the event.  It has traveled all over and there might just be a book in the making about it! 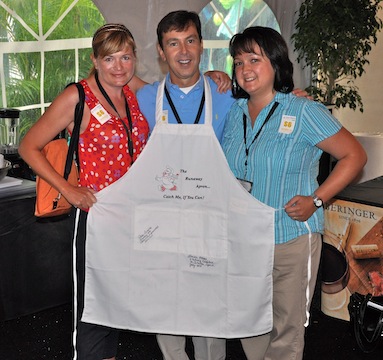 Paula Deen's progeny, Jamie and Bobby were the emcees at the event. 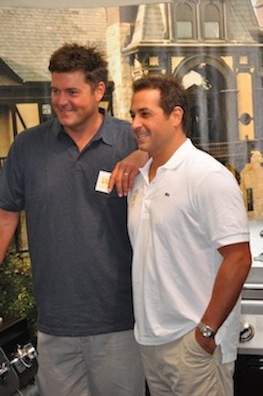 They were super nice and very accessible before and after the event.  Bobby looks like my long lost Southern brother! 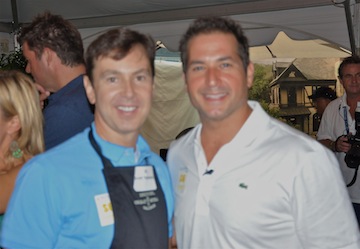 The event was divided into 2 heats. 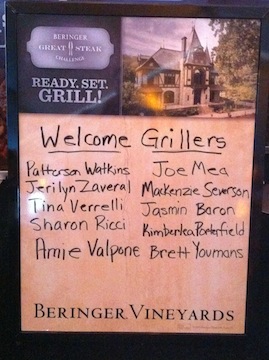 Jamie Deen did the introductions... 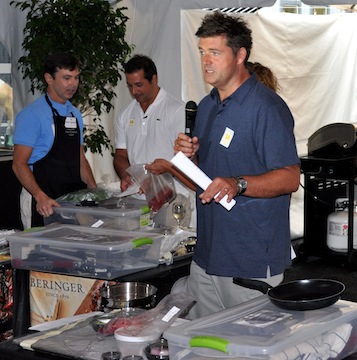 Then, we took our spots at our prep tables and were all <nervous!> smiles! 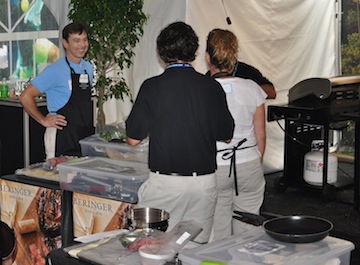 When the clock started ticking, it was all business!  We only had 30 minutes to prepare a delicious steak for the judges... 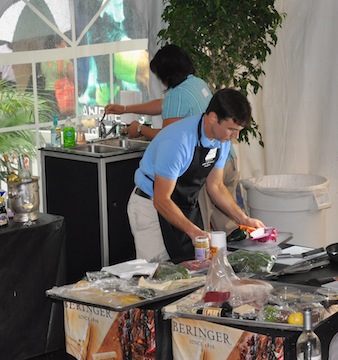 The judges roamed around, asking questions about our recipes and chatting with the finalists... 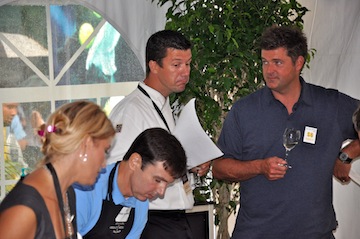 ...and photographers were everywhere! 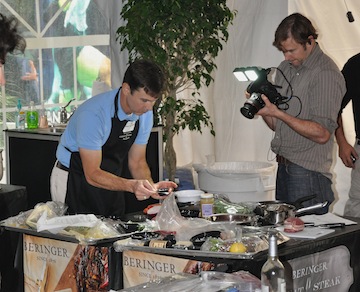 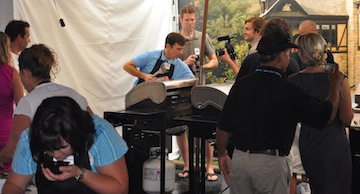 There's a fine line between being cordial and saying "Hey, I have some grillin' to do!"

I kept my cool and had a lot of fun! 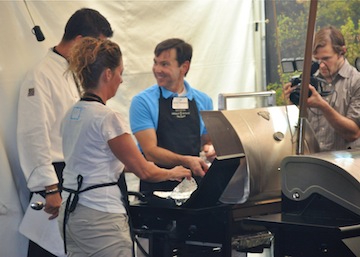 It was down to the wire and time to plate my dish! 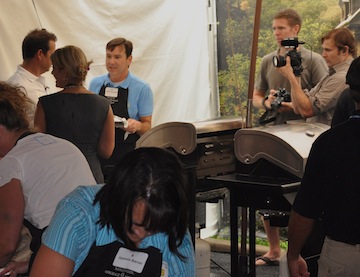 WHEW!  I finished in the allotted time and presented my dish to the judges! 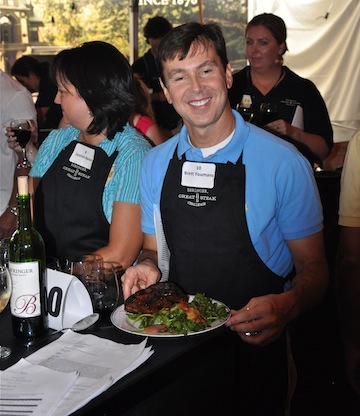 Then, the judges deliberated on all of the outstanding entries. 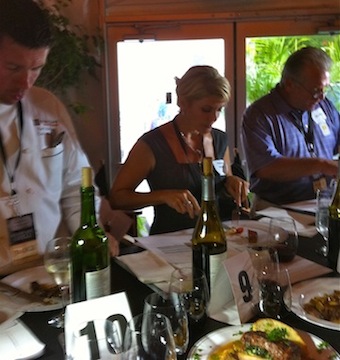 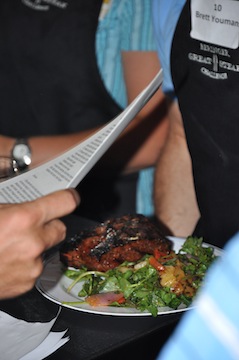 Relieved that we were all done, it was time to celebrate our accomplishment! 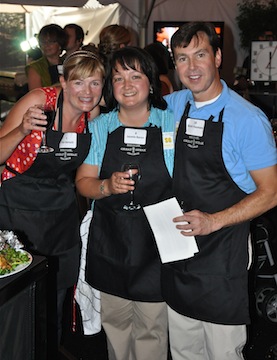 I won 4th place and bragging rights for being able to cook a Fred Flintstone cut of meat that was 3 times the size I requested and, in the end, impressed the chef judge who wrote on the evaluation form, "Best Steak!" 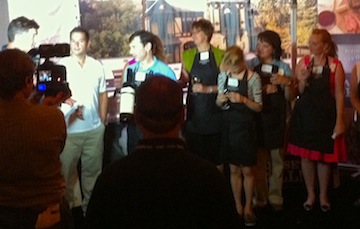 Deservedly, the "Fillet with Oysters Rockafeller" won.  She had "grill issues" and I shared my grill with her.  After the oven issues I had at the Pillsbury Bake-Off Contest, I was happy to help out! The Beringer staff was awesome and I was proud to have been a part of the contest.  Though I wanted to win the trip to Napa, with the way my luck luck has been going lately, I just might make it there one of these days!

You've heard of the saying, "When one door closes, another one opens up..."?  Well, I recently found out that I have been selected as one of 3 finalists competing in the LG/Food & Wine "Taste of Something Better" Contest which will be held as part of the "Taste of Beverly Hills" over Labor Day weekend!  The following illustrations are form the Facebook page of "Taste of Beverly Hills" and it looks like the event will be very exciting! 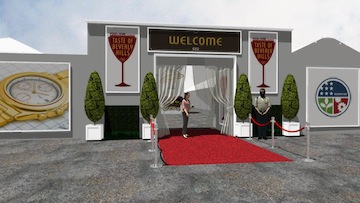 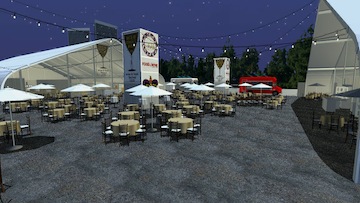 Well known celebrity chefs will be in attendance with samples and demonstrations and lots of exciting entertainment--it should be quite an event!

I'll have to prepare my entree in front of a live audience... 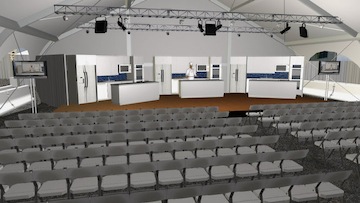 ...and then subject myself to judging by the Food Networks Ted Allen of "Chopped" and "Top Chef Master's" Tim Love!  This should be an awesome event and I'm excited and nervous but have learned something from the events that I have participated in so far and I hope to take that knowledge with me to this one.  The winner of the contest will compete in an international cooking competition in Seoul, South Korea!  I'm just excited to be able to attend the event--anything else is icing!!

Here's a link to this event's highlights:

Posted by Gwen in Texas:

You are unbelievable and I can't wait to meet you in person at MM weekend! Good Luck in Beverly Hills--you are going to be wonderful!
Tuesday, August 10th 2010 @ 8:42 PM